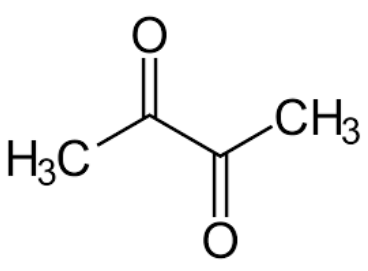 Diacetyl is a chemical compound produced by brewer’s yeast which can be reminiscent of butter or buttered popcorn. While a few styles (e.g. some English ales and European lagers) have low levels of diacetyl, it is generally considered undesirable at any perceived level.

So if we don’t want it in our beer, why is it there and how do we manage it?

What is Diacetyl and How is it Formed?

Diacetyl belongs to a chemical group called ketones. It is a vicinal diketone (VDK) along with 2,3-pentanedione (honey-like aroma). While these compounds are common in all beers, it’s important to understand their role in yeast metabolism.

Soon after yeast is pitched into wort it enters a phase of very rapid growth called the exponential growth phase. During this phase, yeast performs critical metabolic functions including the production of amino acids, specifically in the case of diacetyl production, valine.

During the process of producing valine, the yeast cell produces a compound known as ɑ-acetolactate(Fig 2). Not all of the ɑ-acetolactate produced eventually becomes valine, some will leak out of the cell and into the beer.

Outside the cell, ɑ-acetolactate is then chemically (not enzymatically) converted to diacetyl in the beer causing the unwanted flavor of butter/butter-popcorn. The chemical reaction is caused by oxidation, which will speed up with an increase in temperature.

Diacetyl production can also be affected by insufficient nutrients. If FAN levels are low, the yeast will need to adjust their metabolism to create more amino acids, specifically in this case, the amino acid valine. The more valine that is produced, the more ɑ-acetolactate is required, and subsequently, the more diacetyl is made.

As fermentation slows, yeast enters the stationary/maturation phase (Fig 3). During this phase, diacetyl can reduce with proper maturation.

Diacetyl will re-enter the cell and will be converted into acetoin and subsequently into 2,3-butanediol (Fig 2). Both acetoin and 2,3-butanediol are generally considered not to have an effect on sensory due to the low levels that are produced and their high sensory threshold. 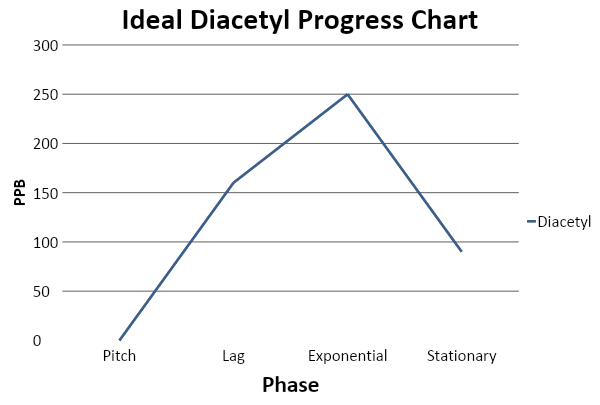 Give it a Rest

An easy way to test for total diacetyl that requires minimal laboratory equipment is by performing a forced diacetyl test.

To do this, a beer sample is collected then centrifuged and decanted to remove most yeast in suspension from the beer. The clarified beer is then put in a 140°F/60°C water bath for 15-30 minutes. The heat from the water bath helps convert the ɑ-acetolactate into diacetyl. If ɑ-acetolactate or diacetyl is present, it will be perceivable in the aroma.

For quantitative results of VDKs we suggest analyzing samples via gas chromatography.


Did you know?! We test all White Labs Brewing Company beers using our lab for Diacetyl, As is and Total levels!

Check out the beer data here!

Keeping Butter Flavor to Your Popcorn


Diacetyl is a natural byproduct of fermentation, but there are many ways to control this compound. Healthy yeast, proper maturation time and temperature (as well as sanitary brewing practices!) are great ways of ensuring low levels of diacetyl in your finished beer!

Kveik Month: Kveik Strains are ready to spring into your summer brews! 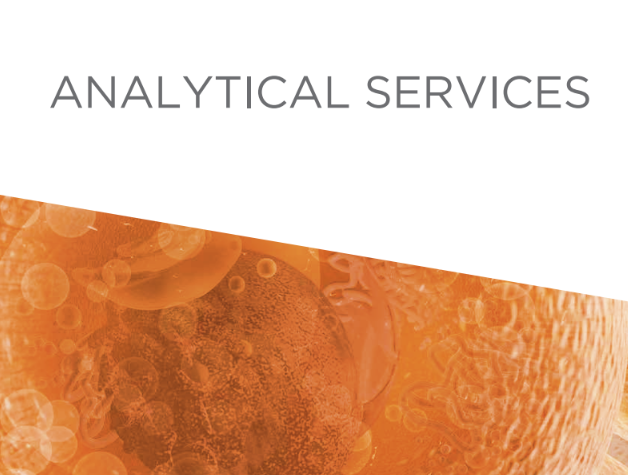 Finding the right Nutritional Label information for you