​For craft brewers, producing low ABV beers is an opportunity to extend their portfolio and appeal to a new generation of beer drinkers, which is shifting towards healthier eating and drinking habits, with reduced calories and alcohol consumption. These beers also enable easier compliance with harsher government policies on driving under alcohol influence. This growing global market is expected to reach $23 Billion in 2025 [1].


Yeast play a fundamental role in the production of low ABV beer, particularly how it metabolizes maltose (and maltotriose to a lesser extent), and the selection of a particular yeast species will significantly influence the organoleptic properties and acceptance of the final product.

Some low ABV beers are produced using the brewer’s yeast Saccharomyces cerevisiae, especially by large breweries. In a lower gravity and fermentability wort, it might be possible to restrict ethanol production using maltotriose-negative brewer’s yeast by controlling the fermentation temperatures and/or reducing the contact time between the yeast and wort. Fermentation at lower temperatures will reduce yeast metabolism and overall ethanol production, making it easier to stop the process when the desired ABV is achieved.

Removing the yeast from the beer before full attenuation is achieved, usually by centrifugation, will also allow the production of low ABV beers. Residual sweetness and lack of flavor are commonly associated with the final product. Frequently, these beers are further diluted if the final product is a non-alcoholic beer (<0.5 % ABV in most countries).

Some close relatives of brewer’s yeast, namely Saccharomyces cerevisiae var. chevalieri, are very inefficient in the maltose metabolism and can produce low ABV beers. The application of this yeast might require mashing at even higher temperatures (>74 °C) to further reduce the maltose content of the wort.

However, non-conventional yeast like Torulaspora delbrueckii, Saccharomycodes ludwigii, Pichia sp. or Hansenulaspora valbyensis are frequently the main choice for the production of low ABV beers. These species are unable to ferment maltose or maltotriose to ethanol, but they will produce ethanol from glucose so a low gravity and fermentability wort is required.

Most of such non-conventional yeast have very poor flocculation capacity and the yeast needs to be removed from the beer, usually by centrifugation.
T. delbrueckii strains, like our WLP603 or WLPEXP3, will not ferment maltose and maltotriose. In a low gravity wort (<6 P) at 20 °C, these two strains showed an apparent attenuation of around 20% (Fig. 3). As mentioned above, the initial pH required adjustments with food-grade lactic acid, since the fermentation only made the pH drop less than 0.5 pH units.

The final beers presented 0.5% ABV (Fig. 4), and some pear and tea notes, with a hint of honey in the background. The beer fermented with WLPEXP3 was cleaner, with more fruit notes present in the WLP603 beer. At 20 °C, some diacetyl was detected (Fig. 4). The fermentation temperature can also be used to control the aromatic profile, with more honey notes at lower temperatures (< 20 °C) and more fruity notes above 20 °C. Sugar analysis of the final beer shows that all the simple sugars were consumed, but over 70 g/L of maltose remain (Fig. 5), emphasizing the potential for spoilage of these type of beers. These T. delbrueckii strains are ideal for low ABV versions of Belgian and Saison styles or IPAs.

Figure 3. Maltose negative strains in low gravity wort (< 6 P) at 20 °C. All strains pitched at 5 million cells / mL.
S. ludwigii strains, like our WLP618, are also incapable of metabolizing maltose. WLP618 presents an apparent attenuation below 20% in a low gravity wort (Fig. 3). The final pH was slightly higher than WLP603, further showing how little acidification can occur in this type of beer fermentation (Fig. 3). This strain presents a cleaner aroma profile than WLP603 (Fig. 4.), and it can be used in a wider variety of beers. 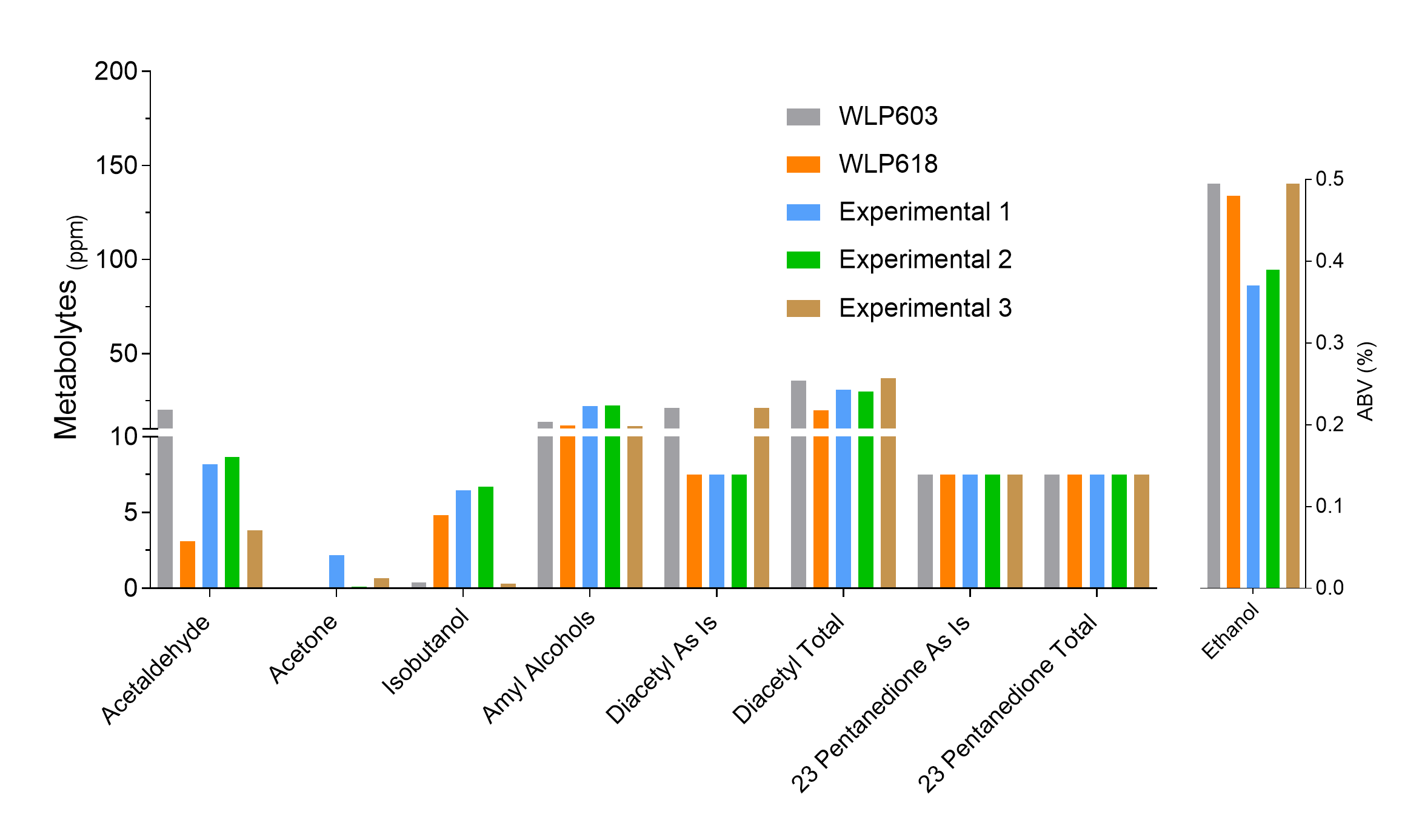 Figure 4. Ethanol and aroma compounds production in low gravity wort, measured by GC analysis.
New strains of these species as well as new species are constantly being screened for low ABV applications. Of particular interest are sucrose-negative species, like Pichia kluyveri or Pichia fermentans. These yeast strains present lower ethanol production than WLP603 and WLP618 as less wort sugars are converted to ethanol.

Sucrose-negative Pichia sp. strains, like our WLPEXP1 and WLPEXP2, presented an apparent attenuation 15-16% (Fig. 3) and a maximum ABV of 0.37% (Fig. 4). Sucrose was also detected in the final beer (Fig. 5). These strains produced a slight phenolic aroma, which could potentially be used in some Belgian style beers. Further research is necessary to determine how fermentation conditions, like temperature and pitch rate, can further influence the aroma and flavor profile. 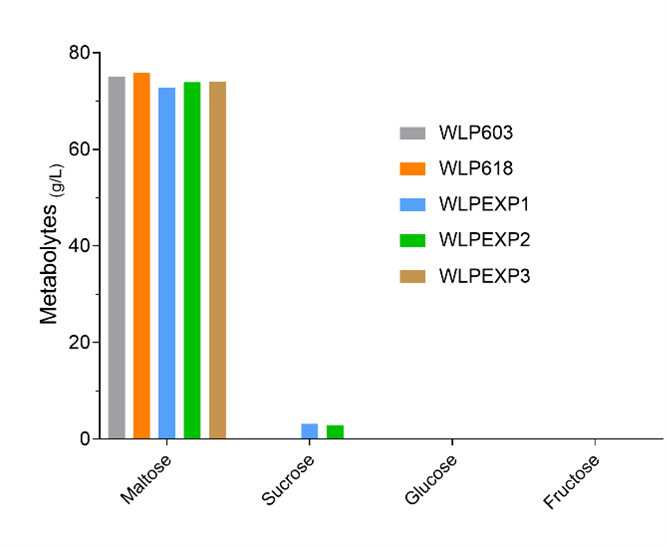 Figure 5. Sugar composition of the final low ABV beer, measured by HPLC.
Interestingly, several of these strains are known for producing biotransformation enzymes, like β-lyase and β-glucosidase, and could be used to boost hop aromas. Dry hopping could then be used to improve aroma and flavor of low ABV beers, but it carries considerable risk as it might introduce microorganisms in the beer. Adding hops after cooling the beer could potentially minimize the contamination risk while extracting hop aroma, but the final product would require some stabilization procedure to avoid spoilage after packaging.


In low ABV beers, the microbial stability of the beer is at risk as soon as the fermentation is concluded. The relatively high concentration of residual sugars and the low ethanol concentration present in the tank allow for the growth of any microorganism capable of metabolizing maltose. It is generally recommended that the beer is cold crashed as soon as possible after the expected attenuation (usually between 15-20%) is achieved. This will minimize the growth and metabolism of any maltose-utilizing microorganism present. This includes most brewing spoilers but in particular conventional brewing Saccharomyces cerevisiae strain. This is particularly relevant in brewing operations with simultaneous production of regular strength and low ABV beer. Any equipment shared between the two products needs to be thoroughly cleaned before handling low ABV products.

The shelf-life of the final product is tightly associated with the microbial stability of the beer. Currently, several methods to reduce the microbial load in low ABV are available: The best available option for a shelf-stable low ABV product is pasteurization. This process can be expensive and can be associated with flavor and aroma losses, but it will efficiently reduce the microbial load of the final beer. Different pasteurization technologies are available for the beverage industry, and tunnel pasteurization is the gold standard. This method allows for both the product and container to be pasteurized simultaneously. Flash pasteurization the beer is a popular alternative, because it is easier to implement, but carries the risk of contamination during packaging. In low ABV beers, pasteurization requirements (> 80 PU) are higher when compared with normal beers, as the spoilage of the product occurs with lower levels of microbial load.

Chemical stabilizers, like sorbate or sulphur dioxide, are widely used in the soft drink industry and can also be used to inhibit the growth of microorganisms in low ABV beers. The application of the different stabilizers, and their concentration in the final product, is subjected to local legislation.

Beer filtration can also be used to retain yeast and beer spoiling microorganisms present in the low ABV beers. Typically, a fine filter is used to reduce the microbial load, followed by a final beer membrane filter (0.65 to 0.45 um microbially rated membrane cartridges). Such filters capture most beer-relevant microorganisms (Table 1), but are not considered sterilizing according to FDA rules.

Thus, final beer membrane cartridges provide a reduction of microorganisms and not necessarily a sterile product. Such filters often express microbial reduction efficiency as Log Reduction Value (LRV) or titer reduction, indicating the removal of a number of microbes per cm2 of filter area. Using a final beer filter rated LRV 6, a brewer can expect up to 1 colony forming unit per 1 000 000 microorganisms in the beer sample. Similar to the flash pasteurization technology, this approach carries the risk of contamination during packaging.

Finally, the simplest method to control the microbial activity in low ABV beers is keeping the cold chain at all moments, from when the beer finishes fermentation to the final sales point. This approach carries the highest risk, as microorganisms are always present in the beverage and its activity is kept low only by the very low storage temperatures (2-4 °C). The final beer requires centrifugation to reduce the microbial load to a minimum, and thoroughly cleaning all equipment touching the beer is of special importance. Ensuring the cold chain during distribution and at the point of sale is another challenge.

Special consideration is required when offering low ABV draft beers, as these present a higher risk of contamination from the serving lines. Any microorganism present in the serving system, from a previous beer or poorly cleaned lines, will start fermenting the residual sugars in the low ABV beer and eventually spoil it.


Overall, by applying biological methods in the production of low ABV beers, a brewer is trying to restrict the production of ethanol while maximizing flavor and aroma production. The stabilization methods will ensure the final customer receives a stable product that looks and tastes as the brewer intended. Ultimately, the choice of mashing conditions, microorganisms, and stabilization technology will control the sensory attributes of the product and significantly influence public acceptance, so trials are necessary to find the right conditions for each beer.

At White Labs, we strive to provide solutions to help our partners produce flavorful low ABV products. Our R&D department is continuously focused on isolating and characterizing new species and strains, and we will keep releasing new products that can contribute to the low-cost production of great tasting low ABV beers. 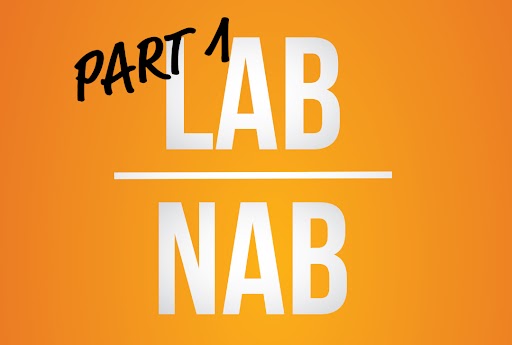